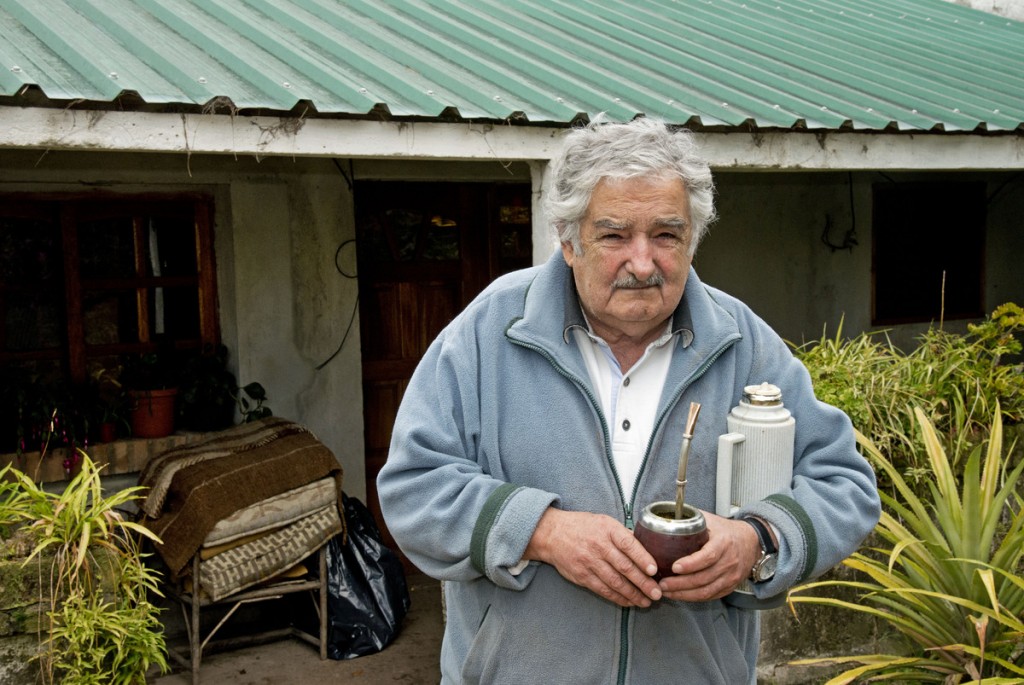 After five years in power, the man described as the “world’s most humble president” has stepped down from office in Uruguay. In a ceremony yesterday, Jose “Pepe” Mujica, who leaves office with approval ratings of nearly 70 per cent, handed over his presidential sash to Tabare Vazquez.

His farewell speech, was definitely one of the most emotional I have ever heard and by far the most sincere coming from any president.  The 79-year old explained to his people that life is not about the end, but about the walk itself. Mujica goes on to cite what he considers to be one of the largest struggles in life: the struggle between selfishness and solidarity:

Selfishness lives naturally inside of all of us, as a mechanism to defend ourselves and the loved ones around us. Solidarity, in turn, is a long-term necessity to protect the existence of the whole species.

After thanking his people for their support, their hugs, their company and for their criticism, he ends his speech by saying that if he had another life, he would dedicate it entirely to the struggles of Uruguayans and assures them that he will always be with them, since that is most superior way to be with life.

Mujica wasn’t known as the world’s humblest president for nothing. The former president shunned the luxurious lifestyle and was usually seen in casual clothes for official ceremonies and rarely, if ever, wore a tie. By donating 90 per cent of his salary to charity, his income was roughly equal to the average wage in Uruguay – $775 (£485) a month.

While most presidents travel around in chauffeur-driven saloon cars, Mujica continues to drive his good old 1987 blue VW beetle and often picked up hitchhikers on the road. Instead of moving into the presidential home, he continued to live on his small farm located on the outskirts of the capital Montevideo and had nobody, but two police officers and his 3-legged dog as protection.

In a 2012 interview with the BBC, he explained:

“I’m called ‘the poorest president’, but I don’t feel poor. Poor people are those who only work to try to keep an expensive lifestyle, and always want more and more,” he says.

Mujica, who was often seen drinking his daily yerba, was also responsible for implementing some controversial laws in Uruguay, for example: legalization of marijuana, gay marriage and abortion. Despite the criticism of some,  nobody can deny his contribution to the economic upturn in Uruguay. While neighboring Argentina and Brazil have suffered downturns in recent years, Uruguay has witnessed rising salaries and a historically low unemployment rate.

At the age of 79, Mujica has a whole lot of stories to tell.  He was part of a former MLN-Tupamaros movement, an armed political group inspired by the Cuban Revolution. They struggled to bring down Jorge Pacheco Areco, who had suspended certain constitutional guarantees in response to MLN and Communist unrest.  In March 1970, the police caught up with him and he was gunned down while resisting arrest at a Montevideo bar; he injured two policeman and was in turn shot six times. Mujica was later taken into custody and spent the next 14 years in prison.

“I’ve no doubt that had I not lived through that I would not be who I am today. Prison, solitary confinement had a huge influence on me. I had to find an inner strength. I couldn’t even read a book for seven, eight years – imagine that!”