The 10 Commandments of a Yerba Mate Circle 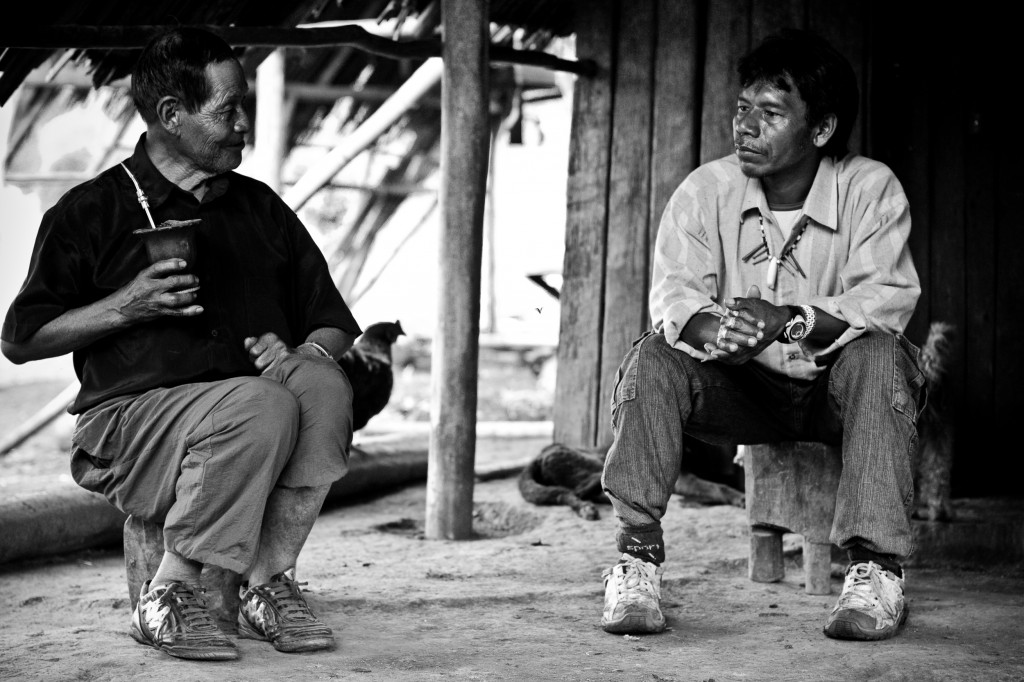 A Yerba Mate drinking circle is a cultural (and above all) social tradition that dates back to pre-colonial times in South America. Over the centuries,  the  “Materos” have developed their own set of rules for drinking mate in a circle. Amazingly, some of these rules have challenged the passage of time and are still very much in use today!

In this post, we will explore the etiquette of drinking Mate. You will learn the 10 basic rules of a Yerba Mate circle. Make sure that you read carefully to impress the hell out of everybody in your circle.  These rules may vary slightly from region to region in South America, but hold true to most traditional circles.

So, enough pep talk. Let’s get right on with it!

1st Commandment: Never ask to add sugar to the Mate.

Most South American Materos have been taught ever since they were little that Yerba Mate is a synonym for bitterness. In fact, in Brazil we often refer to our Mate as “Amargo”, which means bitter. Most traditional Materos are willing to turn a blind eye on exotic herbs, sugar cane, fruits, but no never sugar!   So remember…if you cannot take the bitterness of Mate, then you might as well try some other drink. How about a Pepsi and a straw ?

2nd Commandment: Don’t ever say that drinking Mate is unsanitary.

Some people like to claim that drinking Mate in a circle is unsanitary, because it gets passed around from mouth to mouth. Although sharing a straw might  indeed be considered unsanitary in any other circumstance, in this specific situation it is not. If  your Mate buddies cause you disgust, then you are drinking with the wrong group of people. If you are disgusted by everyone and sharing is not your thing, then again,  you better grab yourself a Pepsi.

3rd Commandment: Thy shall never complain about the Mate being too hot.

If nobody is complaining about the temperature of the Mate, then it means that it is perfectly bearable to normal people. So, if you are the only one complaining, then you must be a woos. Go grab yourself a Fanta or move to Paraguay (where drinking cold Mate is highly appreciated) .

A Mate circle is NOT a pot circle. You are not allowed to take a puff and pass it around! Always see  your Mate to the “bitter” end. Talking about “bitter ends”, go on and read the 5th commandment.

5th Commandment: Drink it ’til it “roars”.

Don’t be embarrassed to drink your Mate until it slurps. Nobody in the circle shall judge you for making you mate “roar”. Drinking quietly with your little finger pointing up  is a rule that only applies to drinking  cocktails, champagne and of course…Pepsi with a straw.

7th Commandment: The order in which the Mate gets passed shall never be altered.

Don’t ever in any circumstances change the order in which the Mate gets passed around. If you enter the circle after it has commenced, then sit tight and wait your turn. If you are the Matero, don’t ever break the sequence in favor of anyone. The Mate should always be passed on with the right hand. Passing your Mate with your left hand means lack of respect for your fellow drinker.

We all agree that drinking Mate solito is a great way to meditate on things to come, but in a circle it is all about mingling. A Mate circle is a social event and an ideal place to exchange ideas, tell jokes and give advice. You are more than welcome to talk as much as you want, but don’t forget to drink the Mate!  Keeping the Mate too long in your hands is lack of respect to the others who are also waiting their turn.

9th: Commandment: Don’t condem the host for drinking the first round.

Nobody gathers around a Mate circle to hear that they will get cancer, so unless you are a Harvard smart ass with very good scientific proof that Mate does cause cancer, you are better not talk about it.