Gaúchos: Meet The Heroes of The Pampas. 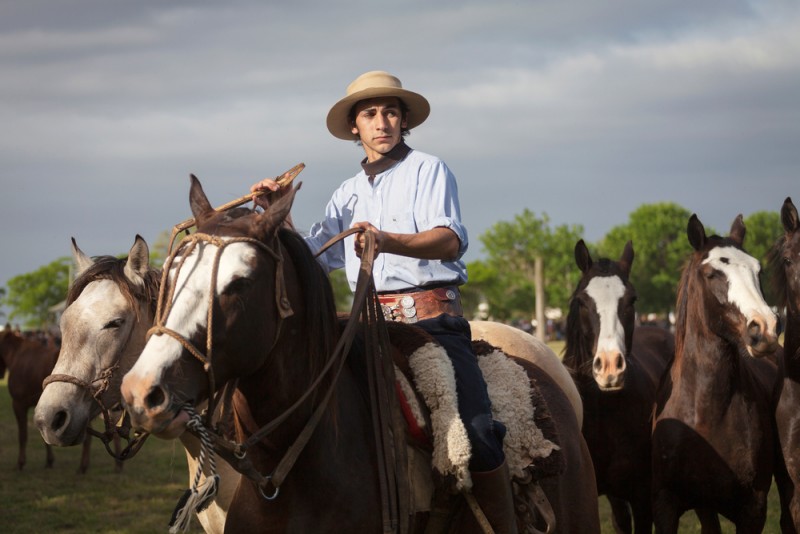 The figure of the Gaucho is so intrinsically connected to the culture and tradition of yerba mate, that we decided that it would be a great a idea to shed some light on it and share with you a little bit about how it all began.

It has now been over five centuries since the Iberians first arrived in South America, forever transforming the course of its history.  Ever since the very beginning of their colonization process, the Portuguese and Spanish had to deal with many hardships when trying to settle down and impose their legacy upon South America. It was indeed a constant struggle against the unforgiving weather, murky jungles and reckless insects. Amidst the thirst to conquer it all, the original colonists eventually found themselves inebriated by the mystic South American air and became one with the land. They mixed with the native inhabitants of the southern grasslands and gave way to a new breed of bronze skin people.

Amongst these newly bred people were nomadic and colorful horsemen called Gauchos.  They occupied the Brazilian, Argentine and Uruguayan Pampas (grasslands), flourishing from the mid-18th to the mid-19th century.  Since then they have remained a folk hero similar to the cowboys in western North America.

The Gauchos differed from their ancestors in the fact that they were mestizos (persons of mixed European and Indian ancestry), but sometimes also white, black or mulato. This made them much more adaptable to the sometimes hostile South American environment and turned them into Lords of their land.

Everywhere where cattle needed to be raised or land needed to be farmed, there was a Gaucho. They were extremely proud of their horse riding skills and enjoyed sitting around the fire while enjoying a round of yerba mate. Typically, a gaucho’s horse constituted most of what he owned in the world. The gaucho diet was composed almost entirely of beef while on the range. The typical gaucho outfit would include a poncho (which doubled as a saddle blanket and as sleeping gear), a facón (large knife), a rebenque (leather whip), and loose-fitting trousers called bombachas, belted with a loincloth. In the wintertime, gauchos wore heavy wool ponchos to protect against cold.

Reading this post, one might think that the Gauchos were nothing more than cattle hand.  While it is true that they did handle most of the cattle in South America, they were also protectors of the land. Gaucho armies contributed to many regional disputes, helping to slow down or drive away Spanish troops.  Furthermore, many caudillos relied on gaucho armies to control the Argentine provinces.

The Gaucho remains a very popular character in South American tradition and has been celebrated in countless novels written by well-known writers like José Hernández and Ricardo Güiraldes.  Nowadays, Gaucho tradition lives on and can still be seen in most of Argentina and southern Brazil.