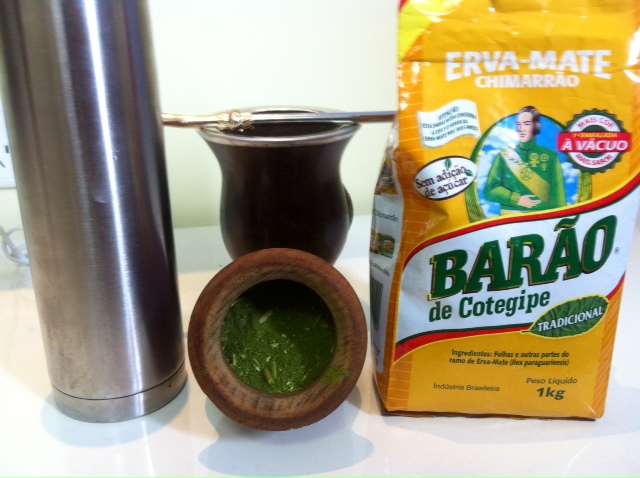 After a long time reviewing only the Argentine and Paraguayan yerbas, it’s time to turn our attention to a traditional Brazilian Chimarrão.  This week I will be reviewing one of Brazil’s largest yerba mate brands: Barão de Cotegipe!

In 1951 Mr. Etelvino Picolo and his wife Ilma Picolo, settled in the Volta Grande location. In 1952 they started the company: Etelvino Picolo after a year living there. They began to produce and sell artisanal Erva Mate, which was picked and smashed manually. With the growth of sales, it became necessary to brand their product, which was already becoming a part of the daily lives of many people around the city of Erechim and surrounding Regions. Thus, the Picolo Brand was founded, immortalizing the last name of Picolo Family as a trademark.

In 1953 the city of Erechim was renamed to Barão de Cotegipe and in 1983, Mr. Picolo relaunched a new and improved yerba with the same name. Throughout the years, Barão de Cotegipe has been known to innovate the Brazilian Chimarrão industry. They’re latest contribution is the vacuum-packed yerba,which has an extended shelf life of almost 2 years.

Typical Brazilian Chimarrão blend, which is different than the Argentine and Paraguayan blends in that the leaves are ground while still green. This gives the blend an almost fluorescent green coloration and very little to no palo at all. A very powdery blend, which requires extra skill to prepare.

Barão de Cotegipe Tradicional has a very mild and almost creamy taste. It lacks the strong smoke tones found in other brands from Argentina and Paraguay. It lasts for a descent amount of cycles, but does not deliver the immediate rush like in other smoked blends, such as Cruz de Malta, Canarias and La Rubia. A nice point of entry for novice drinkers as long as they can manage to keep their bombillas unclogged when drinking this very fine and powdery blend.

Barão Traditional has the aroma of pure herb that appeals even to the most discerning palates. A mix of butter scotch with some grassy and floral notes.