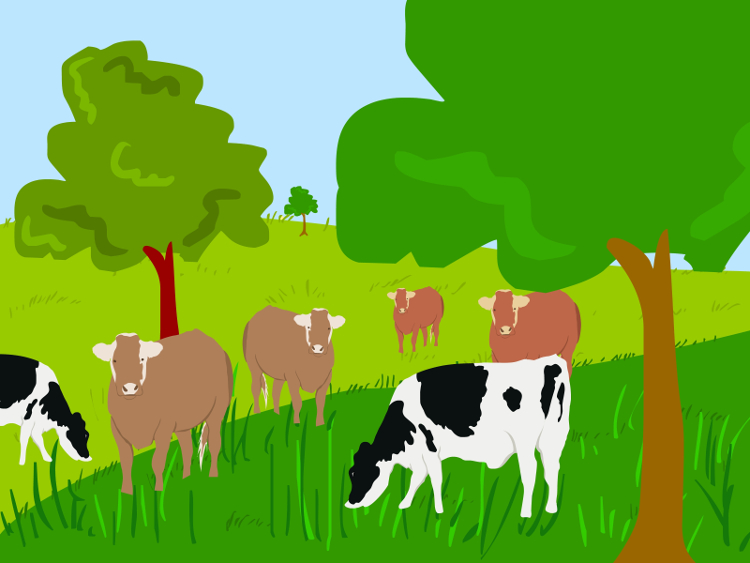 The “Bread and Meat For The Future”  project was backed by FAPESP and by the Innovation Fundation Denmark and ended on August 28th of 2015. The results were presented during a workshop at the Chemistry Department of the University of São Paulo.

“We were able to unite an inter-disciplinary group of chemists, engineers, microbiologists and pharmacists who had originally never worked together to perform a research that had never been done before in Brazil. It was truly amazing.”– said IQSC-USP Prof. Rodrigues Cardoso

According to the scientists, the positive effects of yerba mate on the human body were obviously already known. To test if  similar effects could be verified in cattle, the research group fed 50 animals with a special forage containing about 0,25% – 1,5% of yerba mate extract.

Though there were no improvements in the growth of the animals, there was a considerable improvement in the overall quality of the meat. Palate tests carried out with 100 blind-folded consumers, showed that the beef coming from animals which were fed the special forage were tastier and more tender. There was also considerable improvements in the texture of the meat, which was tested with special equipment used to measure shear forces.

The analysis also focused on the molecular level and showed an increased amount of Conjugated linoleic acid (CLA) . According to Prof. Cardoso, CLA has an anti-inflammatory effect and can also decrease the cholesterol level for the consumer. The substance also acts as an antioxidant, fighting rogue and cancerous cells. This is not only good for the human health, but also contributes to a prolonged shelf life of the meat product.

All indicates that these positive effects were promoted by the yerba mate mixed in the cattle forage, which favored the growth and multiplication of certain microorganisms present withing the digestive system of the animal. This affected the way the animals absorbed nutrients, which in turn influenced the quality of the meat. Furthermore, the researchers observed that consuming small quantities of yerba contributed to reduce the stress of the animals, which also helped increase the quality of the meat.

In order for this new discovery to be widely implemented in farms all over Brazil, it will be necessary to find a viable and economic way to offer the yerba mate to the animals, said Rymer Ramiz Tullio (Embrapa Pecuária Sudeste). The whole problem is that during the experiments, scientists used a more expensive yerba mate extract processed for the pharmaceutical industry. To solve the cost problem, scientists are now verifying if using raw yerba mate leaves yields the same effects. If not, then there are plans of using the residue left from the production of the pharmaceutical extract.