The Legend of Saci Perere 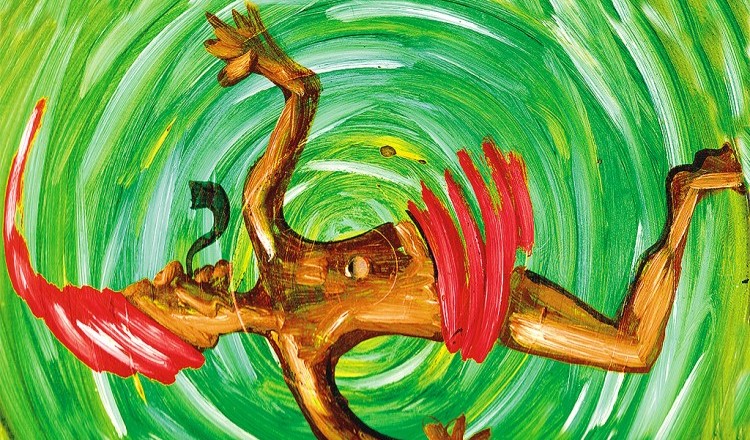 Brazil, like any other country in the world, has numerous popular legends that have been passed on from generation to generation. Brazil was occupied by hunter gatherer tribes centuries ago. In fact, evidence indicates that there were human civilizations occupying this part of South America as far back as 9 000 BC. These told many tales that were passed down through the generations. Gradually, as South America was colonized and inhabited by other cultures from the 16th century onwards, the folklore and myths became infused with influences from the African slaves, Portuguese settlers, and other European folklore (from places like Poland and Germany, for example).

One of the most popular Brazilian legend is the Saci-Pererê. It is so present in the local culture, that each year Brazil celebrates Saci-Pererê’s National Day on October 31.

Experts agree that the legend of Saci probably originated among the indigenous peoples of southern Brazil during the colonial period (possibly in the late eighteenth century). At this time, Saci was still depicted as a forest dweller Indianan boy, with tanned skin and a tail.

However, when the myth migrated to the north, the  character  received strong African influences. Saci became a young black man with only one leg, because according to the myth he had lost the other one in a capoeira fight. It was around this time that the Saci began to be depicted wearing a magical red cap and smoking a pipe; typical of African culture. Until this day he is represented in this way.

The magical red cap enables him to disappear and reappear  wherever he wishes (usually in the middle of a tornado). He loves to play tricks and whistle  through the roads during the night. He also likes to braid animals’ manes while they are asleep. In  addition, he loves to hide children’s toys, set animals loose, tease dogs, and curse chicken eggs to  prevent them from hatching. Also, when he is in the kitchen, he spills the salt, sours the milk, burns  the bean stew, and drops flies in the soup. If a popcorn kernel fails to pop, it is because the Saci  cursed it.

In other words, anything that goes wrong inside and outside of the house may be  confidently blamed o 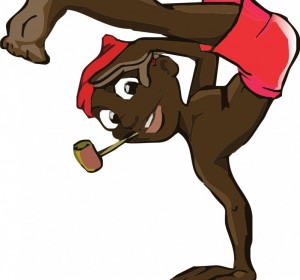 But, according to the myth, Saci is not geared just for jokes. He is an important connoisseur of forest herbs, teas and manufacturing of medicines made from plants. Those who enter the forests in search of  herbs should, according to mythology, ask his permission or risk becoming a victim of his antics.

The only way to escape a pursuing Saci is by crossing a water stream. He will not dare to cross  because he will lose all of his power. Another way to escape is by dropping a rope full of knots  because he will then be compelled to stop and undo the knots. Finally, people can also try to appease him by leaving some cachaça or some tobacco for his pipe.

The belief in this character is still very strong in the inner regions of Brazil. Around the campfires, the elderly share their Saci experiences with the young. Over the years the myth has been perpetuated through oral culture;  however the character has made it’s way to major urban centers through literature, television and comic books.

Who first portrayed the character brilliantly in children’s literature, was the writer Monteiro Lobato. In the stories of the Yellow Woodpecker Ranch (Sítio do Pica-pau Amarelo), Saci debuted as one of the main characters of the tale. The legend spread throughout Brazil as the stories of Monteiro Lobato conquered television screens in the early 1950s.

According to legend, every forest tornado is  caused by the spin-dance of an invisible Saci. One can capture him by throwing a  rosary into the wind swirl.  With care, the captured Saci can be coaxed to enter a dark glass bottle. The bottle should then be closed with a cork marked with a cross on it.  Finally, depending on the treatment he gets from his master, Saci may become either a trustworthy guardian and friend or a devious and terrible enemy when he regains his freedom. Also according to the legend, whoever can grab his red cap is granted a wish by the Saci, but legend has it that the cap’s smell is so bad, you may never rid yourself of it.

So now that you are familiar with the legend of the Saci Perere, make sure you thank him before taking a sip out of your yerba mate or risk having things disappear around your house. 😛