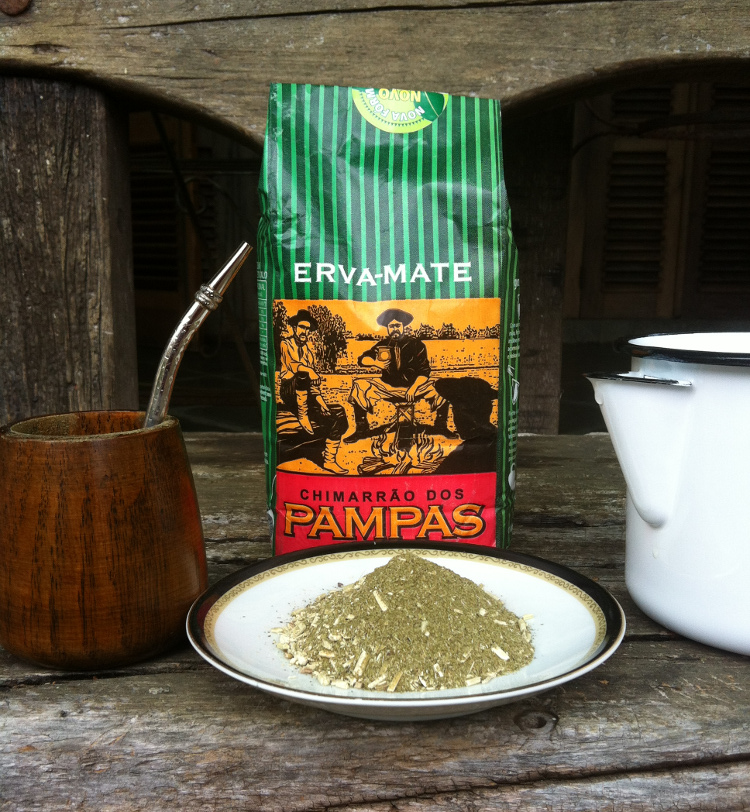 On a recent trip to Rio de Janeiro I found myself running out of yerba, so I went to the nearest supermarket I could find and had my first ever encounter with Chimarrão dos Pampas.

Chimarrão dos Pampas is produced by Matte Leao Ltd., a very large Brazilian iced mate producer, acquired by The Coca Cola Company in early 2007. The company was founded in 1901 by Agostinho Ermelino de Leão Júnior and grew to huge proportions during the early 1930s.

During the scorching summer heat of 1950, street vendors began selling iced tea on the beaches of Rio de Janeiro. Taking advantage of this trend, the brand launched Matte Leão iced tea, the first ever ready to drink mate sealed in vessels. From this point on, Matte Leão became a national craze and today it is pretty much a part of Brazilian culture.

I found this to be a very  powdery yerba  with at least 70% of leaf. I must say that I was quite satisfied with the overall blend, as it contained just the right amount of stems and the taste held steady for a large number of cycles. I found the coloring to be quite brownish and stale-looking, which is more inline with the Argentine and Paraguayan yerbas than with the rich green traditional Brazilian Chimarrão.

A very “dry” yerba with a strong wood-like tone. As I mentioned before, the taste held for a descent number of cycles, both with cold and hot water. Overall I was a bit disappointed, since this yerba lacked a bit of “character”. It was nowhere close to the creamy flavor of chimarrão, nor did it resemble a bitter Paraguayan yerba. In my opinion it felt short in any angle you look at it.

The aroma was the best part of this rather poor experience. When I first opened the package I could clearly distinguish the smoky aroma of a true old-fashion yerba.

I cannot say this was the best blend I had ever tasted, but all in all it did appeal to my palate.  I guess the reason why is because I consume much more yerba mate from Argentina, then I do from Brazil. That being said, seasoned Chimarrão drinkers will have a hard time adjusting. If smoked yerba is your game, then I guess you will feel right at home with this one, though it will never really be your favorite.