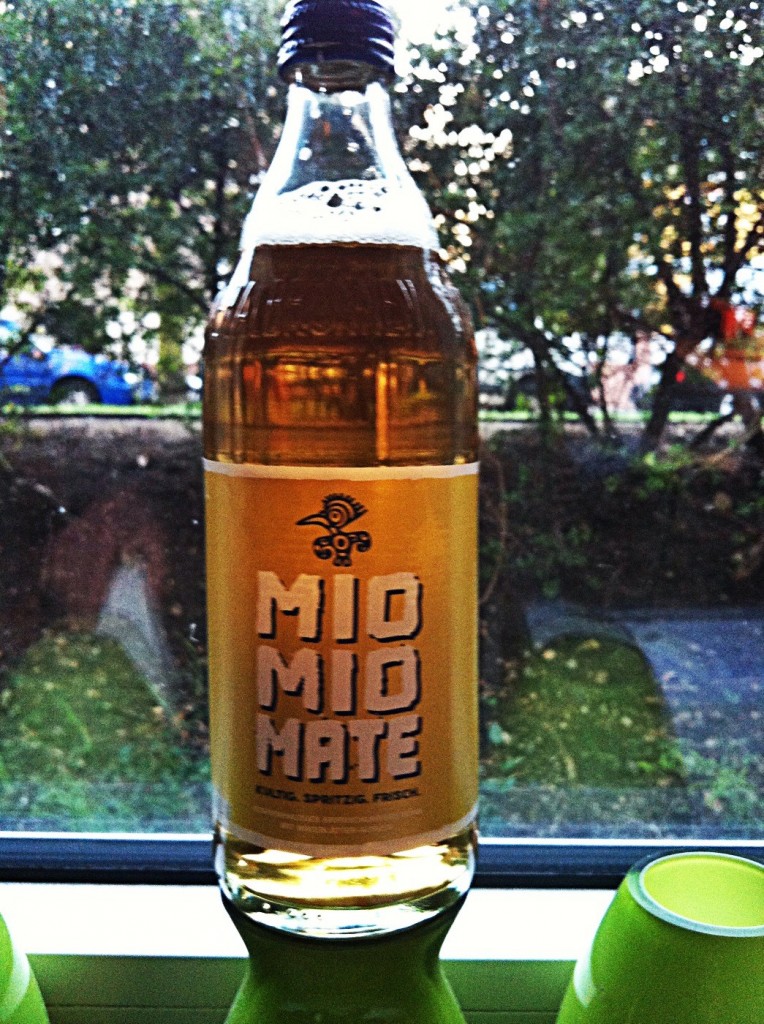 The Mate boom takes its course in Europe as more and more companies are trying their luck with the “mysterious plant” from South America.  Mio Mio Mate is a refreshing yerba mate-based drink, which can be found in just about any major super market in Germany these days.

Mio Mio Mate is bottled by  Vivaris Getränke, which was founded in 1958 and originally known as Emsland-Getränke. The company was sold to the Weydriger Family in 2005 and is now Pepsico’s largest concessionaire  in Germany.  Vivaris is a middle-sized beverage company with a very high acceptance in the German market. They are specialized in  soft drinks, such as Sinalco Cola, Quixx Energy Drink as well as several brands of sport refreshments, mineral waters and lemonades.

It is almost impossible to smell any trace of yerba mate outside the bottle itself. By pouring the drink into a glass it is possible to notice a mild aroma of apple, resembling that of a cider. A very weak and typical yerba mate note also resonates.

My initial suspicion that this was an apple-based drink was confirmed right on the first sip. The flavor was not much different than many of the other usual apple juices (apfelschorle) found in Germany. Initially, the mate taste is only slightly noticeable and the drink reveals itself too sweet and fruity. In the finish, the sweetness of the apple gives way to a more bitter taste and for a split second, a feel and aroma of Mate is noticeable. With each successive sip the yerba mate taste becomes more dominant.

Mio Mio is yumyum, but is not and will never be real mate. It is actually a very typical German drink, which in my opinion is much closer to a lemonade than to other genuine “soft” mates, like Mate Leão.  I would recommend it only as a refreshment in a hot summer day, but since you have to be in Germany in order to try it, then you might be better off having a beer.